The percentage of women in the Wyoming state legislature hasn't been this low since the 1970s. (GAZETTE GRAPHIC / Theresa Davis)

It’s been a landmark year for women, with a second Women’s March and the #MeToo and #Times Up movements encouraging women to assert their rights and make their voices heard.

Wyoming has a long history of strong women who make a difference on a local, state and national level — even earning the nickname of the Equality State. But now, the female representation in Wyoming’s state legislature and local governments is not reflecting that drive for equality and progress.

“Only 11 percent of the legislature is female,” said Laramie Cummings, chairperson of Wyoming Women Rise. “That makes us the worst in the nation for female representation in a state legislature.”

Wyoming Women Rise, founded in April 2017, encourages Wyoming women to run for office, whether that’s on a city council, school board, or on a state or national level. 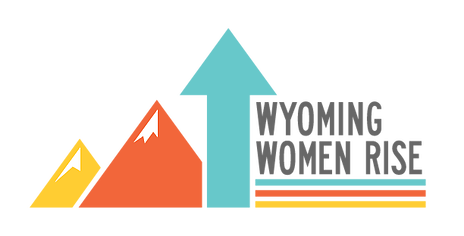 The number of women in Wyoming’s State House of Representatives and the state Senate has not been this low since 1977.

Thirty-seven women ran for Wyoming state legislative offices in 2016, but only 10 won. That means that out of the 60 representatives and 30 senators in the Wyoming State Legislature this year, only 10 are women.

“Gender diversity is important,” Cummings said. “A woman can do anything a man can do, and that includes running for office. Women deserve an equal say in what goes on in the state legislature.”

Wyoming’s population is pretty evenly divided, with women making up 49 percent of the population and men 51 percent. Fifty-four percent of Wyoming women and nearly 50 percent of men voted in the 2012 election.

According to the National Conference of State Legislatures, Vermont and Arizona currently have the highest percentage of women in their state legislatures (40 percent), with Nevada (39.7 percent), Colorado (38 percent) and Washington (37.4 percent) also in the high ranks.

Debbie Bovee, a state representative from Natrona County, said that female representation in Wyoming’s state government is necessary to approach tough issues with as many points of view s as possible.

“Women are underrepresented in American politics,” Bovee said. “We are more likely to press for policies that support women and families. (A) woman’s perspective is very often different than that of men, so having both perspectives is likely to produce better laws.” 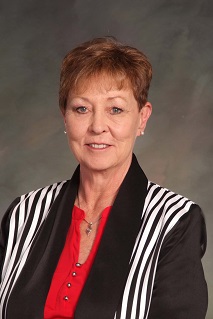 From 1984 through 1986, Wyoming had one of the best percentages of women in government in the nation, ranking third in the nation for female representation in the state legislautre.

But after the 2008 election, the percentage of women in the Equality State’s state legislature went from 23.3 percent to 16.7 percent. The percentages have gone steadily down since then.

Jamie Flitner, a member of the House of Representatives from Big Horn and Park counties, said everyone should serve however they can.

“I don’t feel it’s any different for women than it is for men,” Flitner said. “All should serve at any level and in any capacity, either in the policy arena or with a service organization. Our republic only works when we all step up and serve our neighbor and take our turn at the wheel.” 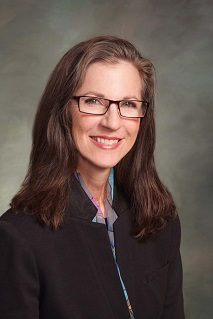 “We have programs to educate young girls in schools and encourage them to get involved in Wyoming politics,” Cummings said. “We work with colleges throughout the state, not just UW.”

Cummings said Wyoming women may not run for public office because they worry they lack knowledge about certain political issues or how to run a campaign.

“Women usually don’t feel they have the right information about policies and laws or enough background information to take a stance and run, so we encourage them to go out and find resources that they need in their communities,” Cummings said.

Marti Halverson, a member of the House of Representatives serving Lincoln, Sublette and Teton counties, agrees that female candidates should be educated on the issues and not expect to run or win just because they are women.

“I would not say that it’s important for women to serve in local, state or national government. It is important that patriotic, principled, civic-minded, trustworthy and honest individuals of either sex, serve in government,” Halverson said. “In this body (House) of 60, I am one of only seven women. However, I can assure you that 53 men are hearing from their wives, mothers, sisters, daughters and all the other women in their lives frequently throughout the day on just about every issue. In that sense, women are very, very well represented.” 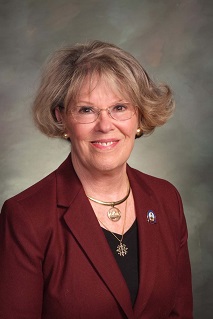 The Wyoming State House of Representatives is 18.3 percent women, a much higher percentage than the state Senate’s 3.3 percent.

Cummings addressed what she and her organization would say to women in Wyoming who may have thought about running for office, but are deterred by fear or lack of experience.

“Take stances by asking yourself, ‘What do I want to see in my community?’” Cummings said. “Men and women tend to get overwhelmed with all the issues, so just focus on what you really care about and run with those. You can be an expert in that — you don’t have to be a know-it-all in everything.”

According to Cummings, Wyoming women tend not to have as much attention from the media or the general public as men when they run for office, but are much more efficient at advancing legislation once they take office.

“Women really have boots on the ground,” Cummings said. “They know people and reach a more diverse population. They are really connected to the community.”

“Wyoming has a history of influential women who have made important contributions to our great state,” Rep. Cheney told the Gazette in an email. “Our state paved the way for women’s participation in politics and policy, and we will continue to be best served when we have as many people as possible participating in our political process. I’m proud of the strong Wyoming women in my own family, including my great-grandmother who raised her kids at the Salt Creek oil fields, my grandmother, who was the first female deputy sheriff in Natrona County, and my mother, Lynne Cheney, who continues to inspire me every day with her hard work, grit and love.” 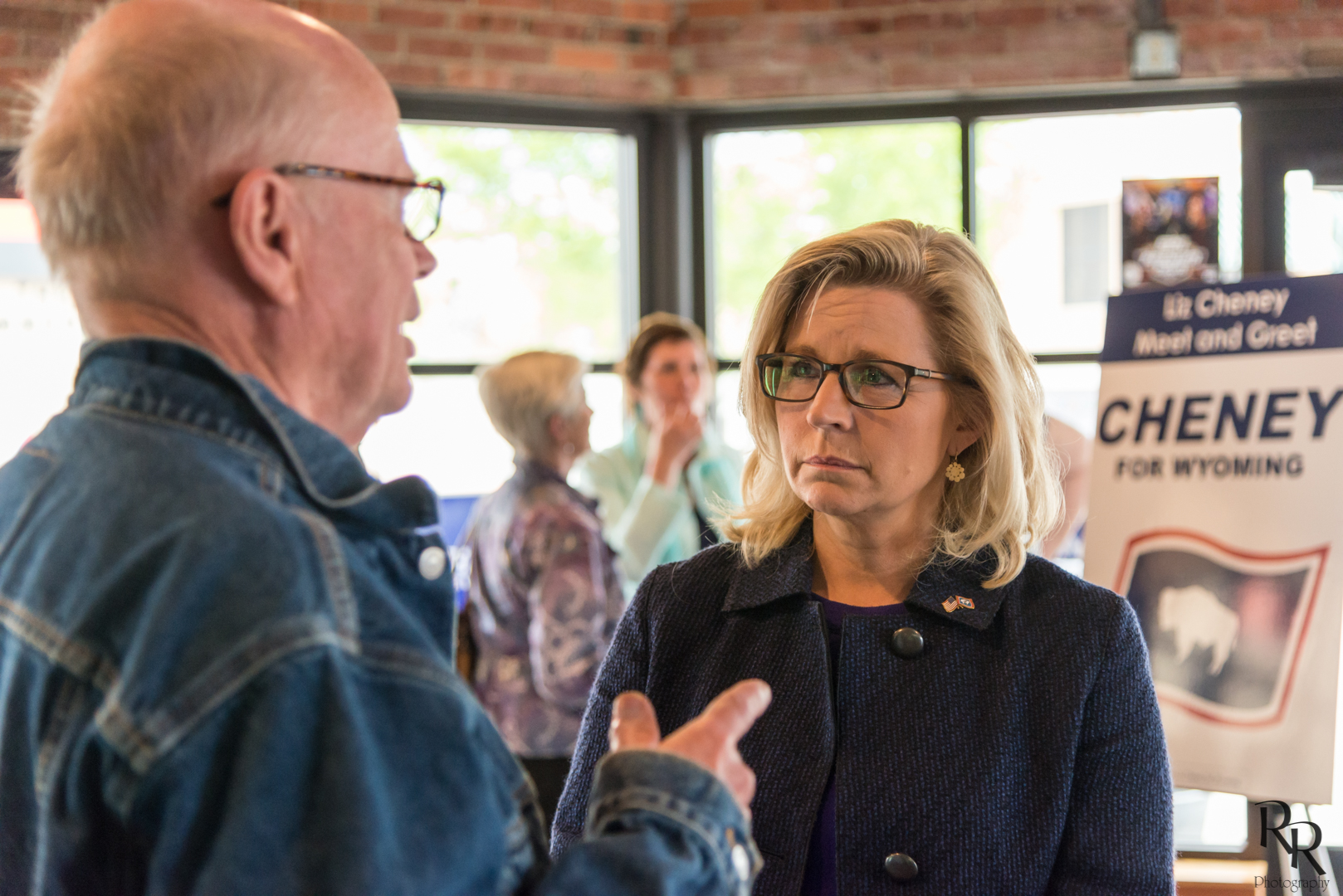 Wyoming Women Rise is hosting a Run Wyoming campaign training on April 16 and 17 in Jackson with the Equality State Policy Center and the Jackson Hole Conservation Alliance.

“Those kinds of trainings are key in helping women and people of color run for office in Wyoming,” Cummings said.

Cummings said the response to her organization’s mission and educational programs reflects what Wyoming residents want to see in their state.

“We have really blown up. We are a nonpartisan organization, so we have a large following of women and men from multiple political parties,” Cummings said. 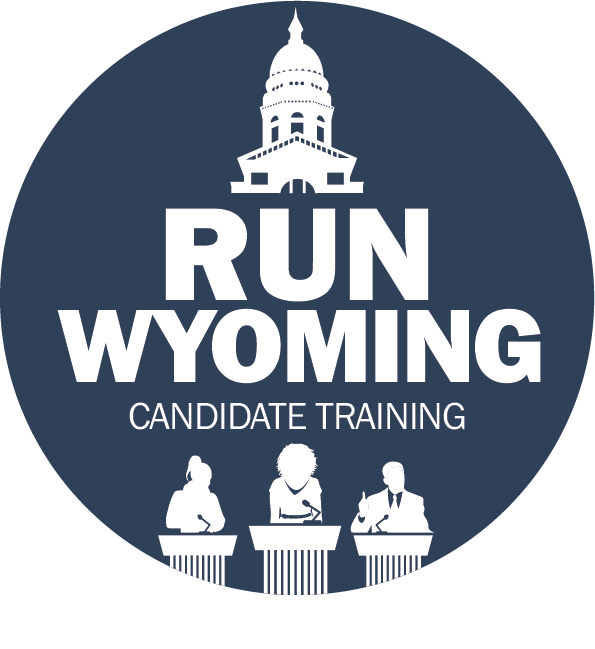 “People are really excited about Wyoming Women Rise,” Cummings continued. “I think they really want to see more women in office. They like that we are really pushing education and pushing people who run for office to really make quality decisions.”

Organizations like Wyoming Women Rise hope that recent events like the Women’s March and the #MeToo and #TimesUp conversations will encourage more women to run for office in Wyoming come election season.

“It’s a key time to empower women right now,” Cummings said. “Wyoming is a state of firsts, being the first state to allow women to vote and with the first woman governor in the nation. We need to keep up that good work and keep empowering Wyoming women.”