Hayden Walker still undefeated this season for the Rangers

Kemmerer senior Hayden Walker (195) wrestles Brody Esquivel from Maple Mountain at the Rockwell Rumble in Heber City, Utah, on Friday, Jan. 18. Walker won his weight class. The Rangers did well at the tournament despite competing with few wrestlers. The team will wrestle in the annual Riverton Ron Thon, which is a preview for how teams will perform at state.

A small, scrappy Ranger wrestling team traveled to Heber City, Utah, for the Rockwell Rumble on Friday, Jan. 18, and Saturday, Jan. 19. The Rangers scored 86 points and placed 16th out of more than 60 teams from several states.

The Rangers have a big test ahead at the Riverton Ron Thon on Friday and Saturday, where they will face off against wrestlers from around the state.

Hayden Walker (195) continued his undefeated season at the Rumble, earning first place in his weight class and scoring 33 team points for the Rangers. 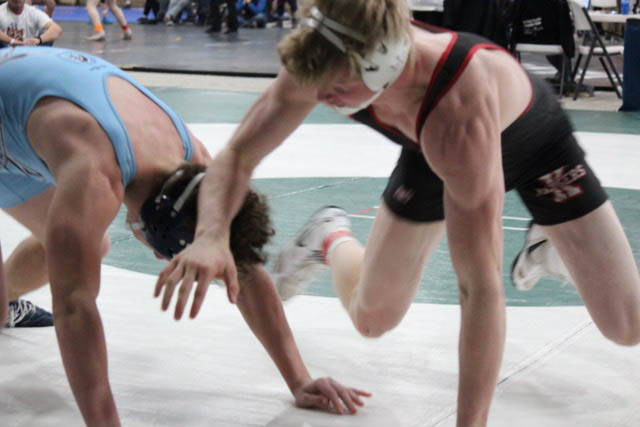 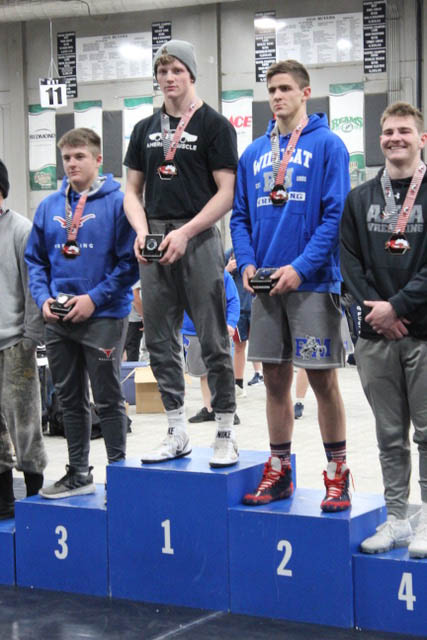 Proffit wrestled Faith Lutheran’s Noah Vernin and won by fall at :52, beat Tooele’s Julian Gomez with a fall at :28, and won by decision in a match against Dylan Wood from Windsor.

In the quarterfinal match, Proffit wrestled Ronny Minjarez from Windsor and won by decision.

Proffit moved on to the semifinal match, where he fell to Pleasant Grove’s Cole Zorn. In the consolation semifinal, Proffit wrestled Ridgeline’s Chance Parker and lost by major decision. Proffit faced off against Minjarez again in the fifth-place match and won by major decision. 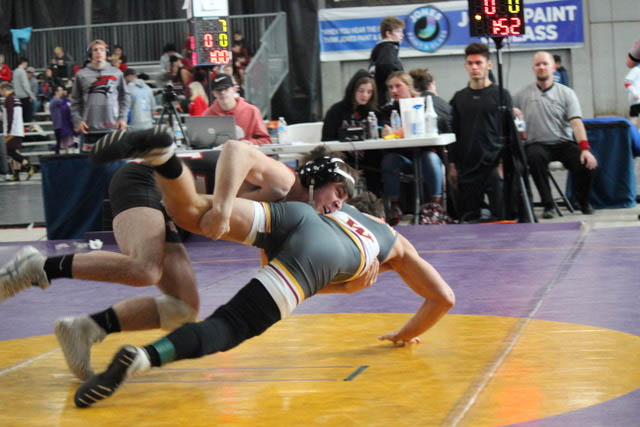 Donny Proffit (138) was 5th at the Rockwell Rumble.

Schramm wrestled Springville’s Lenin Jimenez and won by fall at :57, defeated North Sevier’s Braden Jonson with a fall at 1:19, and beat Mountain Crest’s Hunter Evans with a fall at 2:49. In the quarterfinal round, Schramm wrestled Vance Vombaur from Windsor and lost by major decision. Vombaur would go on to win the 126 class. Schramm moved on to two consolation rounds, where he won a match by major decision over Skyridge’s Colby Easton, and fell to Douglas County’s Ivan Morris. Schramm claimed 7th place by beating Payson’s Wyatt Hone. 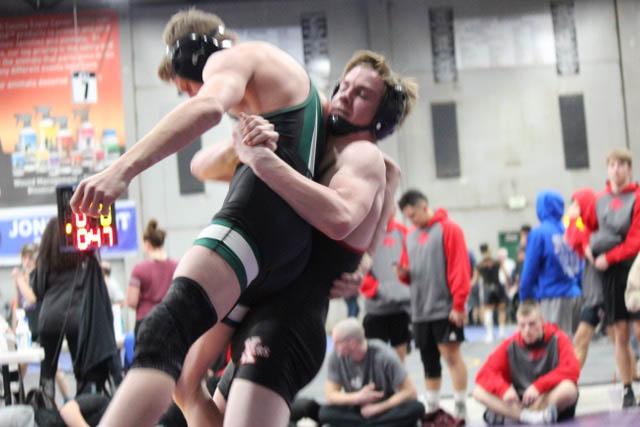 Carson Carlson (132) scored 3 team points for the Rangers. He beat Weber’s Matthew Woolsey with a fall at 1:38, and lost to Cimarron-Memorial’s Nathaniel Rodriguez and South Summit’s Edgar Gandarilla.

Josh Thatcher (145) also scored 3 team points at the Rockwell Rumble. He beat Northridge’s Michael Pearce with a fall at 1:35, and fell to Hurricane’s Clayton Warr and Maple Mountain’s Quinlin Jackson.

After the Ron Thon in Riverton this weekend, the Rangers’ next tournament will be the Bridgerland Classic on Friday, Feb. 1. 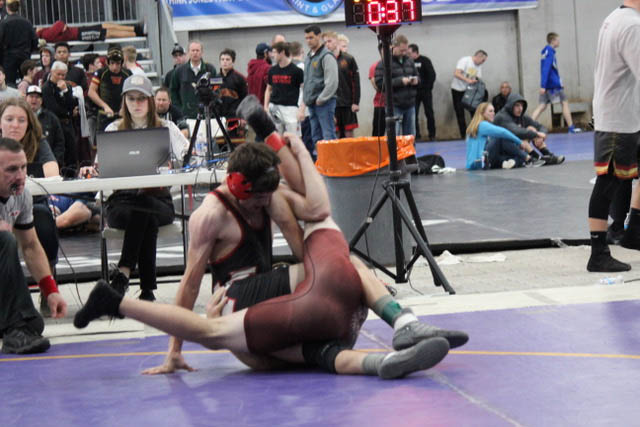 Rangers basketball: A win and a loss for the boys, two losses for the girls