The Kemmerer Robotics team, represented by Collin Smith, Trenton Skidmore, Tucker Erickson, Matthew Garver, Brandon Zobell and Jonathan Platt, attended the US Open VEX Robotics Tournament in Council Bluffs, Iowa, from April 4-6. US Open is hosted by the CREATE foundation. To attend, teams must qualify at a regular season tournament by winning one of the top awards, which we did at a January tournament in Evanston. The US Open in Iowa had 246 high school teams competing.

Teams were randomly divided into four divisions. Unfortunately the Green Division, to which Kemmerer Robotics was assigned, also had the majority of the most competitive teams.

The end result was Kemmerer Robotics earning the highest skill points in the division, losing matches by only a few points. Our team, along with 12 other teams, was not selected by a higher-ranked team to create an alliance for the tournament elimination rounds. Despite a losing record, the team enjoyed visiting with other teams from all over the nation and a few teams from overseas, from whom they got ideas to improve their robot for next season.

In January, the robotics team placed second at the Red Devil Polar Blast Tournament in Evanston, earning the coveted Excellence Award and Design Award.  In February, the team won the Wyoming State Championship in Evanston for the second time when they formed an alliance with an Evanston robotics team. They also earned the Judges Award. The robotics program at Kemmerer was started in 2014. The team is coached by Arvid Aase and is assisted by volunteers Matt McRoberts and Nelson Smith. 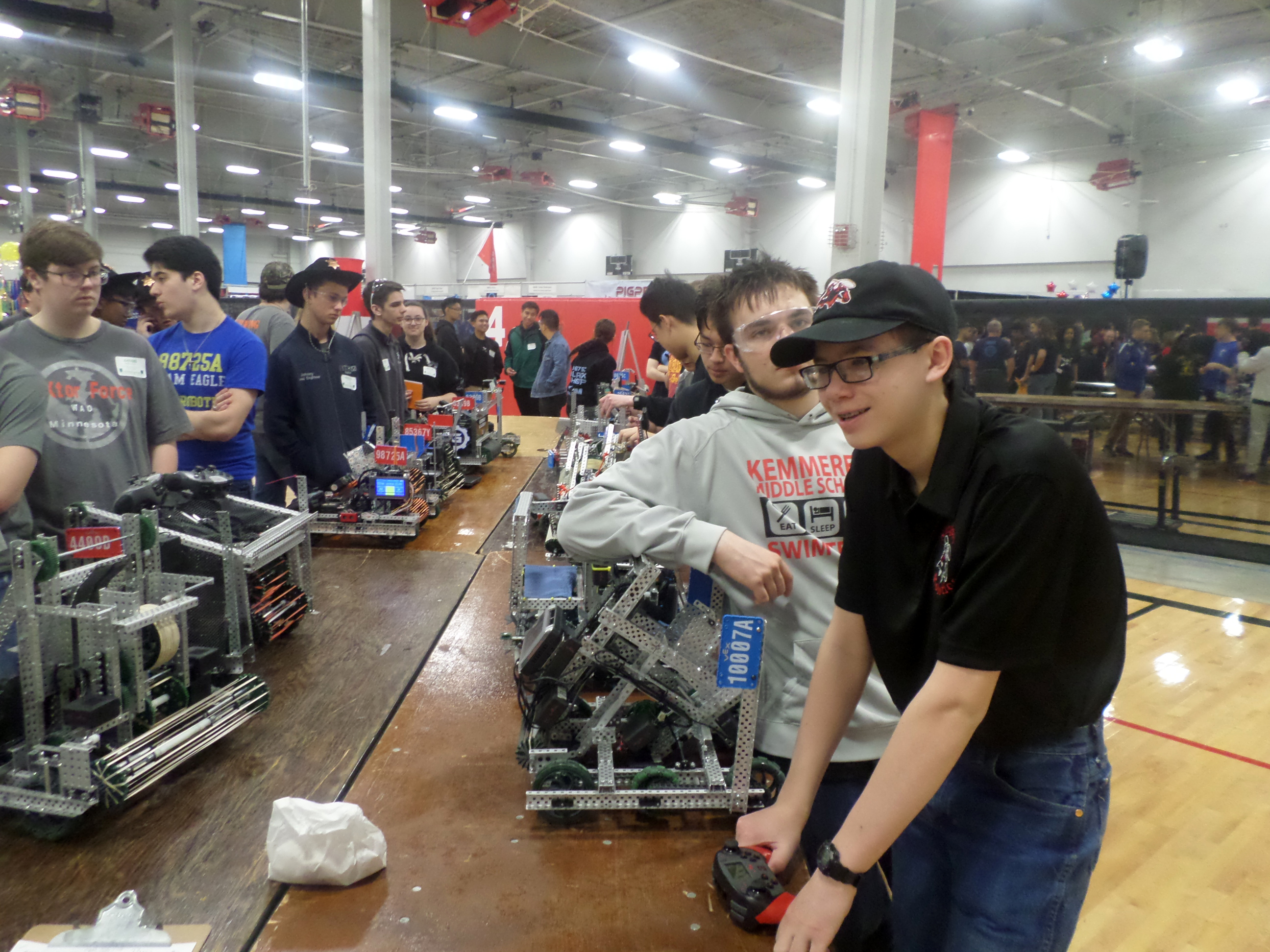 Kemmerer Robotics team members Collin Smith and Trenton Skidmore (right) prepare their robot for competition at the US Open VEX Robotics Tournament in Council Bluffs, Iowa, earlier this month. The Kemmerer students competed against 245 other robotics teams from around the country and the world. 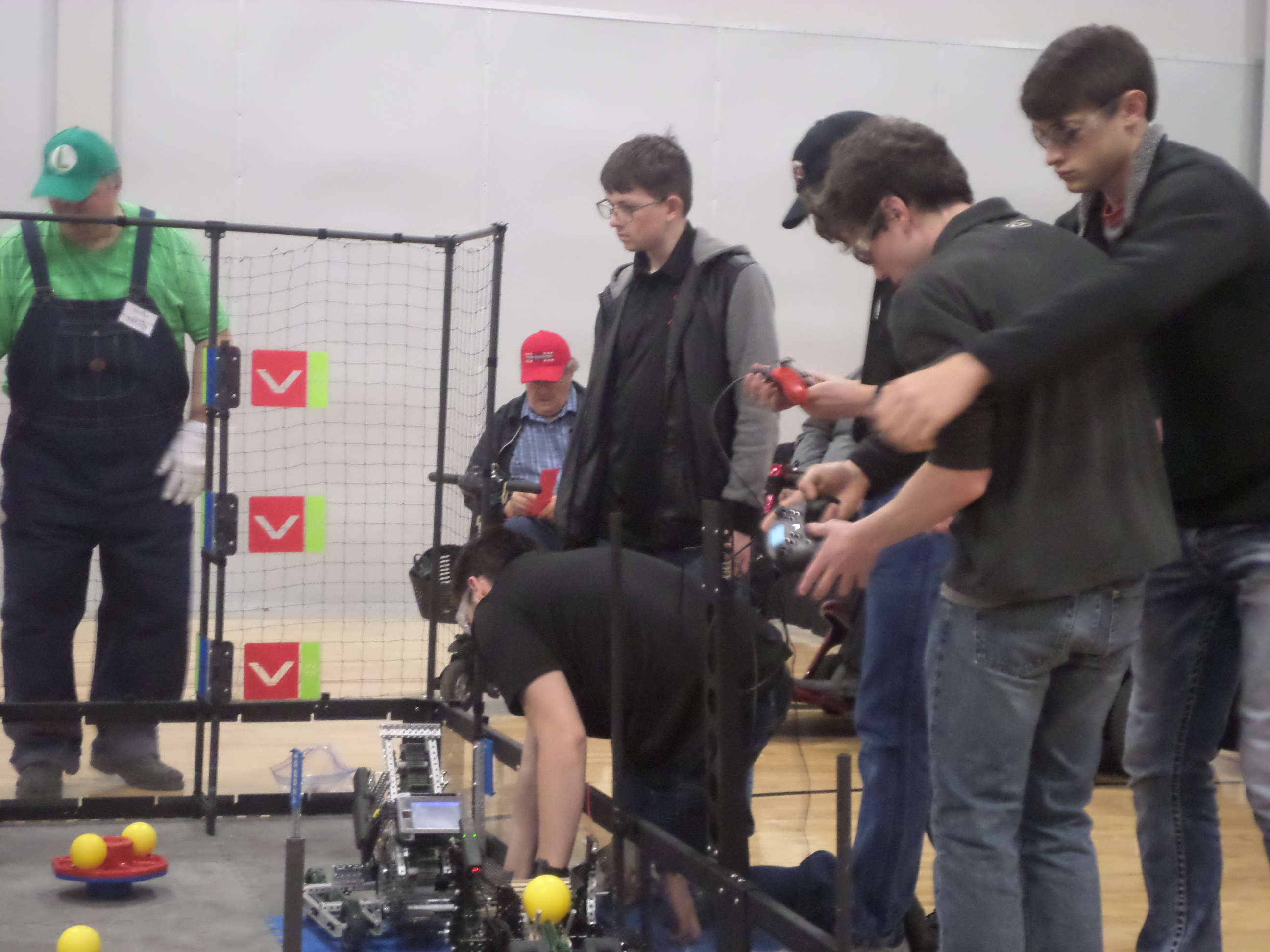