The Cokeville Celebration group received a Superior rating at the Southwest District music festival in Evanston on Thursday, April 25.

Cokeville High School music students presented the annual pre-festival concert on Wednesday, April 24, under the direction of Robbie King with accompanist Nanette Cook. The concert band performed: “Rhythm and Riffs,” “The Willows of Winter: and “Novena.” The concert choir performed next with “Shenandoah,” “Charlottown,”and “Elijah.” The final group to perform was celebration with “Singin’ in the Rain,” “Someone to Watch over Me” and “Fly Me to the Moon.” This was a great concert to prepare for festival on Thursday.

The band, choir and celebration students traveled to Evanston on Thursday, April 25, for the Southwest District Music Festival. The groups performed the same numbers they performed the night before and did an amazing job. 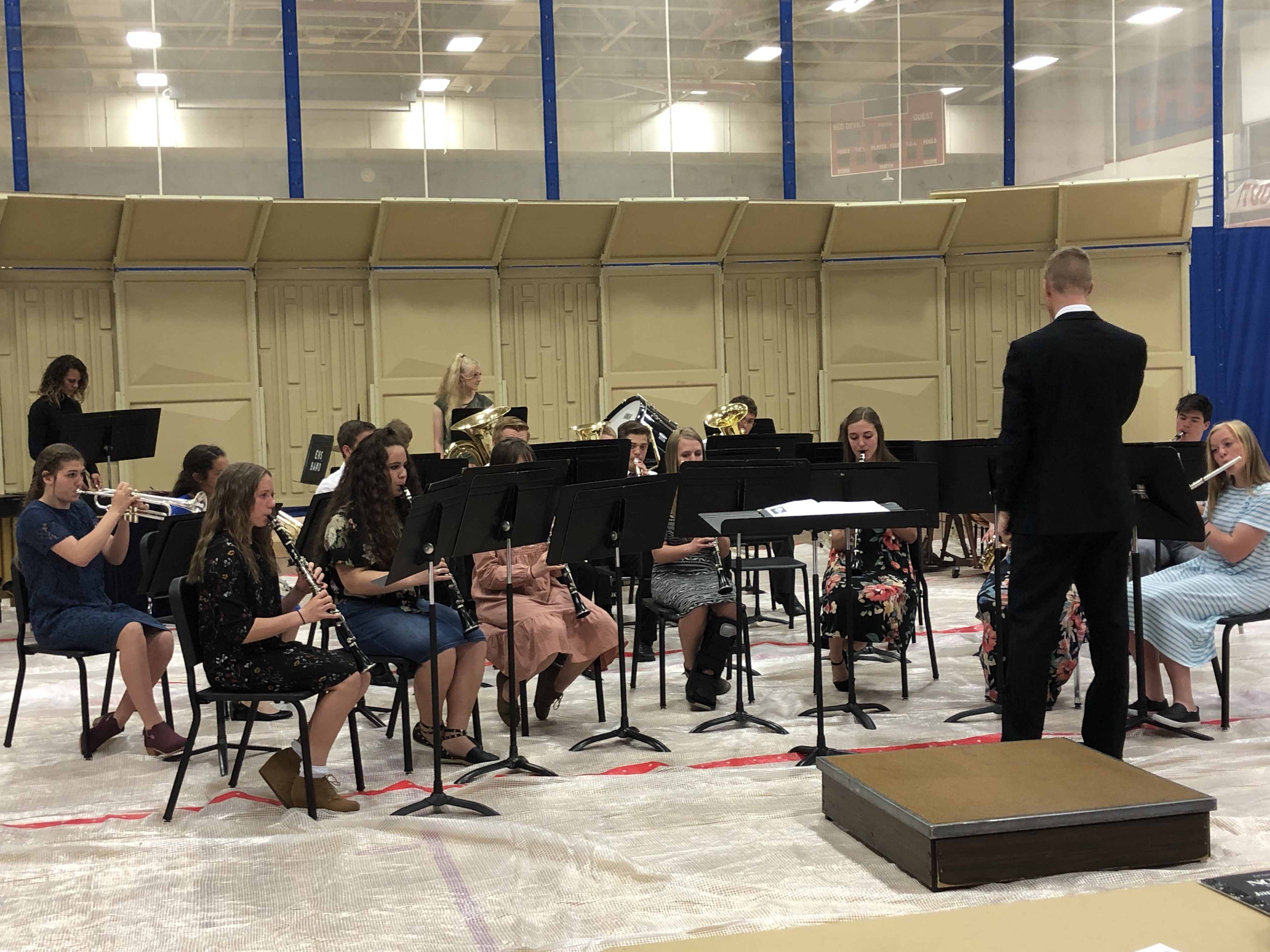 Wedding at the end of a decade

Panthers basketball back in action